Recent Trends in Fatal Motorcycle Crashes: An Update ( http://www-nrd.nhtsa.dot.gov/pdf/nrd-30/NCSA/Rpts/2006/810606.pdf ) is 72 pages of charts and analysis from The National Highway Traffic Safety Administration (NHTSA) based on the 10 years from 1995 to 2004. It should have been called Fabricating Trends in Fatal Motorcycle Crashes. Here’s why:

Ultimately, the helmet numbers are useless because they do not reflect anything except how many were wearing and how many were not at time of death. NHTSA might as well have a chart showing how many riders were or were not wearing wristwatches. How can anyone tell if a helmet would have helped or not? Just because someone died without a helmet does not mean they would have lived with a helmet. And how many of the helmeted dead had snapped necks or basal skull fracture? NHTSA doesn’t say.

A similar trick was played here in Hawaii just recently by the state Department of Transportation. They emphasized that two thirds of the riders who died in Hawaii last year were not wearing helmets. Of course the implication is that had they been wearing helmets they would not be dead. But we don’t know that. The fact is that helmets have not changed the death to accident ratio in any state where they have been mandated ( see Helmet Law Facts at www.sbumaui.org ).

I think fatalities went up over the 10 years for the same reason they went down over the 25 years. And if you find that reason be sure and tell me. My point is there is no one reason. All I know is the more experience and training a rider has the better, but even that won’t save you when you’re time is up.

VMT – Much of the report is simply invalid since it is based on NHTSA’s fictitious Vehicle Miles Traveled. In NHTSA’s National Agenda for Motorcycle Safety they actually admit: “Unfortunately, vehicle miles of travel (VMT) data for motorcycles are not reported directly and must be estimated.” Fabricated would be a more accurate word than estimated ( see addendum 2, Helmet Law Facts, at www.sbumaui.org ). When it comes to VMT, NHTSA is winging it.

We all know that motorcycle engine displacement has increased over the years and that a 750, for example, is no longer a “big bike”. Somehow though, a popular myth is being created, and NHTSA is fueling it, that increased displacement = increased fatality, especially amongst inexperienced riders. Having got into plenty of accidents when I was uneducated and inexperienced on my first bike which displaced 175cc, I have never bought into this myth.

There is so much more to a motorcycle than displacement. Power to weight ratio, seat height, rider position, center of gravity, tires, braking capability, and rider experience all play a role in how well a machine can be handled. Yet NHTSA has not figured out how to quantify those so they are not part of the mix. And NHTSA will never be able to quantify karma.

Looking long term, I see NHTSA’s displacement fixation leading to a push for graduated licensing whereby riders would be prohibited from owning larger displacement bikes until they passed certain exams over a certain number of years. Outrageous? It’s already happening in Europe. NHTSA is laying the groundwork now–creating the problem by cherry picking the displacement data–and the solution will be a graduated license system. I’d bet on it.

Blame the Rider – The undercurrent running throughout NHTSA’s report is blame the rider. We are either too young, too old, too fast, too drunk, or the motor’s too big. Certainly riders do die because of one or a combination of those. However, there are 75 charts in this 72 page report and not one showing rider fatalities caused by the Right Of Way violations of other road users.

NHTSA is as blind as a Right Of Way violator. What’s worse is that, as taxpayers, we pay their undeserved salaries.

[This article was published in the November, 2007 issue of Biker Magazine.] 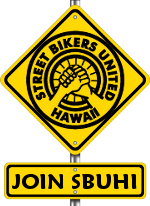